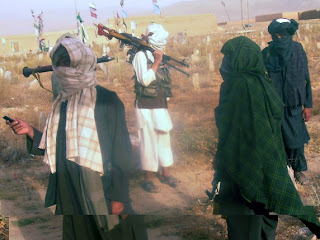 You have the watches, we have the time!

This is what the Afghans believe. They have fought off whoever tried to subdue them. This, they done for centuries.

The Mongols, the British, the Russians and now the Americans - all have failed in their attempt to rule Afghanistan.

Have we not learnt anything from history. Now, our government has entered into an agreement with the Afghan government to train their soldiers. Could anything be more foolish.
Time was when India had a strictly neutral foreign policy. We did not suffer the consequences of alignment in the cold and not-so-cold wars of the past.

Now, with the tilt, nay, active connivance between US and India in Afghan affairs, we are bound to attract increased militancy of a fundamentalist religious variety.

Is being dragged into fighting America's Afghan war?
Posted by The Fifth Estate World at 1:42 AM