Every day media reports the number of new cases of Covid-19. These are based on RT-PCR tests. Those who give the data say that these are the numbers of people who have "tested positive". (Reverse Transcription Polymerase Chain Reaction.)

As you will see from the explanation of the process and its author's statement that the so-called test and inference of infections are merely hoaxes to continue the fear mongering.

The inventor of the PCR procedure is Kary Mullis. He received the Nobel prize for it. He has categorically stated on record that the procedure CANNOT be used to tell if one is sick or not. The link to his video is here. 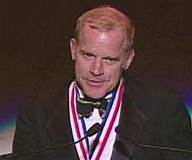 It is wonder that many countries are using the test.

It is ONLY a method of amplifying (replicating) small strands or fragments of RNA (Ribonucleic acid). The amplification is done by dissolving the RNA in a liquid and processing the solution through heating and cooling cycles. This cycling results in replication of the RNA fragment. If in a given (recommended number of cycles is 25 to 30) number of cycles a sufficient quantity of RNA is present / found, it could be concluded that the RNA is present in adequate quantities in the test subject.

The reason why this does NOT lead to the conclusion that a person is sick is because, it has not been shown that the RNA fragment is an external pathogen and not part of the test subject's own DNA.

To conclude that the RNA found in nasal or throat swabs are causative agents of the disease, it would also have to be shown that all people with the disease have it, that people without the disease don't have the RNA and lastly, if the RNA is introduced into a healthy person she/he will fall ill. (This could be done by trials using monkeys).

Pictures of the so-called virus you see in media are merely computer generated images and have nothing to do with the reality.

So also, the alleged code sequence of the RNA claimed by some is also computer generated.

Hence, drawing inferences of infections from RT-PCR of "cases" is a complete HOAX!

Posted by The Fifth Estate World at 11:42 PM No comments: